In the largest US clinical trial of its kind funded by the Veterans Affairs (VA) Rehabilitation Research and Development Service, the VA Portland Medical Center and Oregon Health & Science University (OHSU) report that researchers have found that transcranial magnetic stimulation (TMS) significantly improved tinnitus symptoms for more than half of study participants. Their findings were published in an article in the July 16 online edition of the journal JAMA Otolaryngology – Head & Neck Surgery. 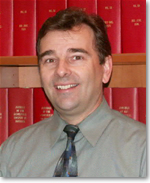 “For some study participants, this was the first time in years that they experienced any relief in symptoms,” said Robert L. Folmer, PhD, research investigator with the National Center for Rehabilitative Auditory Research at the VA Portland Health Care System, and associate professor of Otolarynology – Head and Neck Surgery in the OHSU School of Medicine. “These promising results bring us closer to developing a long-sought treatment for this condition that affects an enormous number of Americans, including many men and women who have served in our armed forces.”

According to the announcement from OHSU, tinnitus (ringing, buzzing, or hissing in the ears) affects nearly 45 million Americans, and the distraction can impair people’s ability to sleep or concentrate. Statistics from the Centers for Disease Control and Prevention show that nearly 15% of Americans experience some degree of tinnitus. Currently, there are no proven treatments available, so patients with the condition often develop coping strategies to manage their reaction to tinnitus. Military veterans are at greater risk of developing the condition, and tinnitus is the most prevalent service connected disability in the VA health system. Study participants were a mix of veterans and non-veterans.

“We applaud the work of Dr Folmer and his colleagues,” said Melanie West, chair of the American Tinnitus Association’s Board of Directors. “The results of the joint National Center for Rehabilitative Auditory Research/OHSU study are promising for tinnitus patients everywhere. “We are committed to finding solutions for tinnitus and excited to see the progression of TMS clinical trials producing positive results for some patients.”

For the research, Folmer and colleagues reportedly used a TMS system that generates a cone-shaped magnetic field that penetrates the participant’s scalp and skull to interact with brain tissue. The higher the stimulation intensity, the deeper the magnetic field can penetrate and affect neural activity. Currently, the Food and Drug Administration has approved transcranial magnetic stimulation only for treatment of depression.

All 64 participants enrolled in the tinnitus study received one pulse of TMS per second to their skull just above the ear to target the auditory cortex in the brain. The researchers had participants undergo TMS sessions on 10 consecutive workdays, during which they received 2,000 pulses of TMS. Of the 32 participants who received the “active” TMS treatment, 18 people found their tinnitus symptoms were alleviated for at least six months. To participate in the study, patients were required to have had tinnitus for at least a year or more. A significant number of participants who had tinnitus for more than 20 years reported receiving some relief from TMS treatment.

Dr Folmer hopes to conduct a larger clinical trial to refine protocols for the eventual clinical use of TMS for tinnitus.